To reach me via email

If you wish to reach me: lastchancerunner@gmail.com

I scooted over to West Valley College to meet D and run 2 x 600 at goal 800 meter pace. We warmed up for close to 25 minutes. It was cool enough but the sun was coming up and the track was heating up.

I jogged for 15 minutes.

The next two-three days are supposed to be barn burners. I am hearing mid to high 90's so no lunch running for a while. I got out early this morning while a layer of fog still blotted out the sun. Easy paced 60 minutes over to the college and back. There was some young gal zipping around the track and soccer field. Tall, tan, slender and fast. I believe those are the big 4 athletic attributes, aren't they?

The fog blanketed the sky again this morning keeping the temps cool. I ran 50 minutes on legs that felt unusually decent. I thought about doing some striders but laziness and my lack of valor got the best of me. I just ran.

I ran 61 minutes mostly at Forbes with Jake. Cool and overcast. Nice reminder of what fall can be like (whenever it gets here).

Posted by Silicon Valley Warrior at 11:30 AM No comments:

Finally back at the track with D. This was a reentry workout with all due respect for the bout of stomach flu from a week back. I warmed up slowly for about 20-25 minutes (not sure), did some strides and then ran a soft cut down workout of 400's.

I then jogged 15 minutes for a warm down.

If I stopped for every ding....

Three days of rest and back at it. I ran at lunch for the first time in months. The Baylands remains unchanged. Just me. Feeling creaky until I got going. I ran 50 minutes of wind-blown slogging and enjoyed every minute of it. It was nice to have the mid day break away from work. My back is bothering me "still". Lower left side. Not enough to stop running but there never-the-less. I took some ibuprofen in the afternoon.

If I stopped for every ding, I wouldn't run.

Note to self: It is amazing "how" slow I am. There was one brief point in the run where I began to unintentionally pick it up and actually felt like I was flowing along. It came out of no where as if some spark connected in an oiled up spark plug and my body surged. Then it was gone and I was back at the plods.

I ran in the Baylands at lunch again. It was in the high 70's with a nice breeze. My legs felt peppy but my lower back on the left side was achy. Not enough to stop me from running 55 minutes. I found that if I took a short walking break my back would feel better for a while. I think this is combo of the way I sit at the computer (at home) and the way more than normal lifting I have been doing as of late. I will give a few days and if it still is bothers me, I will go see Big Bad Bill and get another adjustment.

OK! My back is much better. I iced the exact spot that had been bothering me last evening and it seemed to respond. I ran a sluggish 40 minutes this morning knowing that Saturday is my "game" day. It feels like the weather is going to heat up again. The sledge hammer that is summer isn't gone yet.

I talked to Shel the other day who is on a similar program. He complained that his legs are tired but then they were tired before. Get use to, it I told him. At our age our legs are always going to feel tired.
Posted by Silicon Valley Warrior at 9:00 AM No comments:

At age 64 I don't need mileage for its own sake. I have somewhere around 100K lifetime miles on my legs. Old runners with old legs just beat themselves up trying to do what they used to do easily.

Posted by Silicon Valley Warrior at 1:04 PM No comments:

This may seem speculative but perhaps, in some not so distant future, a man on a horse will come upon this sight. 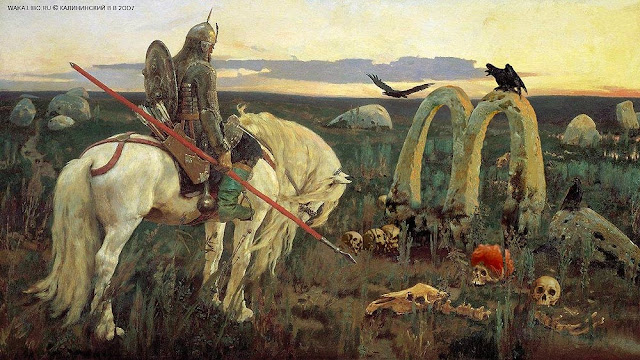 Let us say this is a thousand years hence. That is a blink in the history of our world. A millennium ago we were at this level. Who is to say that we will not come that way again.
Posted by Silicon Valley Warrior at 9:21 PM No comments:

How Sweet It Is

How sweet. A week off from work. I slept in until around 7 am (that is sleeping in these days) and then sloshed down a magnum of coffee. I finally got out around 8:30 and ran for 60 minutes keeping it slow and cool. My lower back is acting up. Hope to tailgate in with Danny on Tuesday and see Big Bad Bill.

Note: My back is better after seeing Bill (my chiro). Danny and I made it up to Menlo Park to get adjusted on Tuesday and then went to breakfast.

I ran 50 easy minutes this morning after walking Amber. I beat the heat even though I didn't get out that early. Thought about doing more today but I am going back to back with a run tomorrow with Jake at Forbes.

Forbes Mill and two up and backs and a bit more to make it 62 minutes of slow running.

Hard to believe that Forbes Mill use to look like this.


These days all that is left is this. I hit the wall on Thursday evening. Not exactly sure what it is but it seems to be stomach flu or minor food poisoning.

Where did that come from????

I have no appetite and I am canceling my weekend runs. First, I have to feel like eating. Then I can run again.

Feeling much better. Must have been the 24 hour variety. However, I did not run. Will wait another day or two.
Posted by Silicon Valley Warrior at 1:48 PM No comments:

The Taking of Sun

My old company, Sun Microsystems is about ready to get devoured by Oracle. The SEC has approved the deal but the ponderous and unwieldy EU has decided to step in and delay the merger because of anti-trust concerns.

Of course Oracle wants to dominate and Sun has been offered up to them on a platter. Sun is doing its best to look the Byzantine Empire in its latter stages and Oracle is doing its best to do an imitation of the Ottoman Turks circa 1453. It really was all over but the looting. Sun customers are pealing away because right now many of them don't trust Oracle's business plan.

By the way, Oracle's business plan is simple.

Besiege, take the city, loot and burn what they don't want and sell of into the slavery of unemployment those who are not useful.

What Oracle wants is Java and Solaris. Oracle doesn't innovate. It buys innovation. 7 billion and change is a cheap price for the 20 billion dollar empire of Larry, he who lacks any sentiment.

It's sad. Larry is what they deserve. All Jonathan the Almost had to do was to cut headcount back under 20,000 and eliminate hundreds of projects that were not making Sun any money. He couldn't do it and either could Scott the Maverick. He must be a maverick because he named his first born that very name and held him aloft at hockey games so we would all know it was true. They both abdicated to weekly and monthly executions (layoffs) that demoralized the populace and froze the will of its very strength. It's creativity and innovation.

But for the moment the course of empire is delayed in the tangled web of the EU. The attempt to salvage Sun is further destroying it through the loss of customers who have lost faith and the resultant lost revenue.

It was a glorious city and empire once upon a time but now the time of Larry is at hand.


For the moment things look a bit like this but not to worry.

Posted by Silicon Valley Warrior at 4:16 PM No comments:

It's been 3 weeks since D and I ran 4:31.9 for 1200 meters. Except for several 100 meter workouts I have not been back to the track for a session of specific pace related work.

Today I went back to Prospect, warmed up for 23 minutes and decided I was good to go on 2 x 600 meters at 800 pace. I ran a shakedown 400 in 90 and was a bit breathless afterward. Of course I had not been down around 90 seconds for anything for 3 weeks. I walked, picked up Glen who asked to join me (he who is training for the marathon). I told him I was very glad for the company.

I was happy enough and after a recovery walk, I jogged 16 minutes to make the total workout 45 minutes.

I drove over to the club handicap race and had a great breakfast with the gang. Had a long talk with Jim afterward about how he was recovering from marathon training related injuries.
Posted by Silicon Valley Warrior at 11:38 AM No comments:

I got out early on Monday and ran 50 easy minutes. My legs felt rested. It was cool and overcast. The sky was the color of slate. It felt good NOT having to run Sunday even though Saturday's run was on the easy side. I still have some residual soreness in my lower left leg but nothing that actually hurts when I run. I generally feel it before and after. I plan on an easy week. A couple of 50 minute runs on Monday and Wednesday, maybe 30-35 minutes Thursday or Friday and a brief rep workout on Saturday. I may not be fast but I have decided to be an age group 800/1500 meter runner. So I need to act like it.

I was jolted awake just before 6 am by the vibration of a heavy vehicle rumbling by our house. I tried to fall back but finally rolled out of bed and made coffee. I went out around 7 am for another 50 minutes of easy running. This every other day is feeling good. I double back on Thursday but probably for no more than 30-35 minutes.

Did what I said I would do. I ran 35 minutes total most of it slow with Jake (who, by the way, is back running 60 minutes a day). It was quiet at Forbes Mill and the lot was just about empty. A young gal running with her boyfriend and dog blew by me going up to the dam. Jake said "I just don't care anymore!" and of course he is right.
Posted by Silicon Valley Warrior at 11:00 AM No comments:

Silicon Valley Warrior
I am a long time runner and a writer. You can find most of my books at Amazon.com If you want to reach me send an email to richardj_stiller at yahoo dot com